Crowd Funding is a process where plenty of people on the internet donates small amount of money for a cause or a project and raise a large sum of money.

While this sounds similar to e-begging but in reality, the concept is far from it.

People who support a crowd funding campaign by donating a small amount of money are known as backers. These backers are some of the most helpful people on the net, they support a campaign because they have faith in the creator, and they want to support the idea, innovation and creativity. They are very excited to see the idea take shape of reality.

However, that said – most people only donate money because they expect to receive a perk in return.

In reality, this pretty much makes the whole process as Pre-Ordering something rather than just donating money.

So, what are the top crowd funding sites?

We will discuss this topic in detail in another post at a later time, however, very quickly – here’s the top three crowd funding websites.

1) Kickstarter – This is the main crowd funding website and if you are from a country supported by Kickstarter – you should definitely give it the top preference.

2) Indiegogo – If kickstarter isn’t available in your country or you want to use the flexible funding option then indiegogo is your best option. Flexible funding means you will get whatever money you raised in your campaign. That way, you will keep the money even if you don’t reach your crowd funding goal.

3) GoFundMe – GoFundMe is the best place for personal crowd funding campaigns that are targeted to raising money for life events and crisis.

Before you start a crowd funding campaign, here’s a small check list. We will discuss this section too in much detail in a future post. 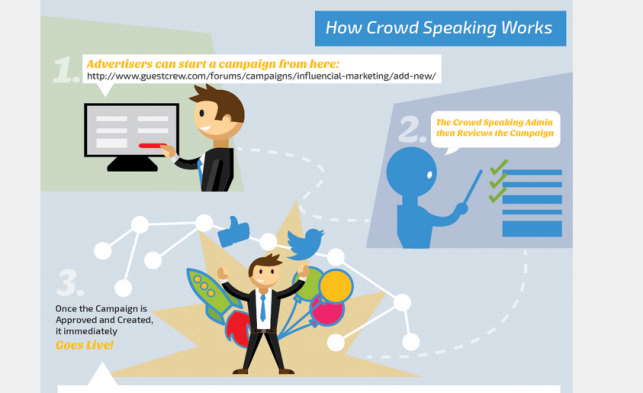 This is just the bare minimum to get started. However, if you are on the technology or the design niche with a great product and you do the above properly, you are pretty much set for a good campaign.

How to market your campaign once it is running?

This is the most difficult time for a campaign creator. Your campaign runs from one to two months time – and you need to make every day count. Of course the first day matters the most, if you manage to get some quick support on the first day, or the first few days – then chances are that kickstarter might make it a featured campaign, also known as – “Staff Pick”. This alone will give you a huge boost and the campaign might start to trend on the category pages or the homepage. Your campaign can even be included in the kickstarter or indiegogo newsletter which is the ultimate highway for the backers.

Utilize your time properly; you need to make progress every single day. Join crowd funding forums. Hangout where the backers are. Try to get published on various blogs and online magazines. Press release is important too, as it is a quick way to get into the news search. We have included an optional press release feature on our packages too, which also includes getting published on news blogs.

Do understand that even with all this marketing, you can’t avoid the kickstarter slump. There will come a time in the campaign when the progress will seem to be very slow. But don’t give up – keep the hard work going and you will see a better end result.

If you failed to reach your target on kickstarter – you won’t get any money. But you do gain plenty of experience which you can use next time. On indiegogo however, if you have selected flexible funding, you will get whatever funds that you have managed to raise. This can be tricky though, as the backers will expect their perks and it is your responsibility to deliver it.

If your campaign is a success then you have already managed all the funds that you were looking for. Don’t waste your time in celebration though and work over time to deliver the perks in time.

10 responses to “An Introduction to Crowd Funding”