Cell phones accounted for 68% of these visits.

United States of America had the largest country share of Guest Crew’s traffic with over 60%. Then UK had 13% followed by Canada and Australia with 5% and 4% respectively.

2014 has been a great year for us. We have diversified so much and implemented many new features and apps into our system. We are still in beta and updating our system, but we are fully functional and all our features are live and working. We will do a follow up post in January and explain more about our social features. 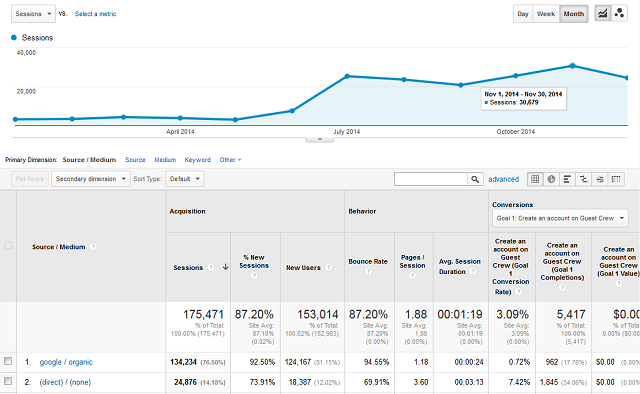 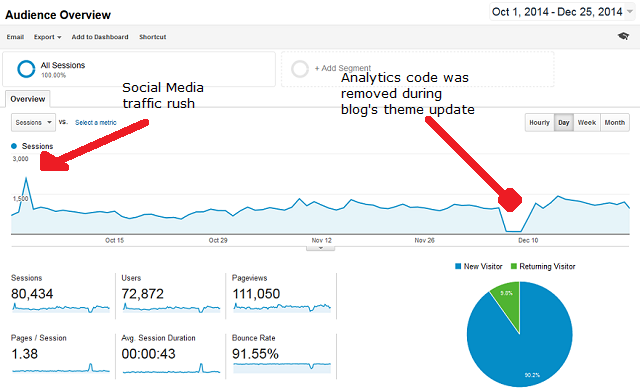 Traffic has really gone up in the last three months. Guest Crew’s social features are also gaining steady recognition from various social media influencers. We got a few social traffic spike in the last few months.

In 2015 we will work hard on running viral campaigns over the social media on a number of social issues.

It is also interesting to note that we have over 68% of our audience coming from Cell Phones. The new GuestCrew design which is almost complete now is absolutely mobile responsive. That includes our blog section as well.

The Guest Crew social network is growing as well with over 8k+ followers on Twitter and 3k+ fans on Facebook. Along with that we also have over 8500+ members on GuestCrew and an active email list.

Do check out our latest Social Campaign – “Incapsula Bot Report“. The campaign has already received over 550k+ social reach with the help of Guest Crew Influencer network. Also, here is another campaign – “Counter Crop” where we helped CounterCrop reach 100% of its funding and is now at $95k on Kickstarter.

Thank you for reading our traffic report. We will be back next year with more such reports.
The Guest Crew Team.