The sort of thing that makes headlines. 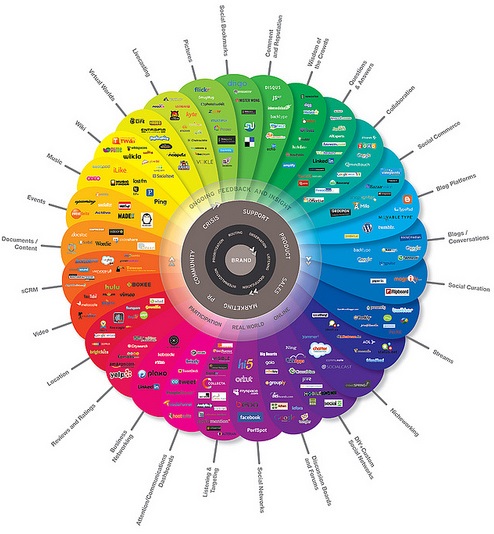 1 – Be Timely
You can’t go viral unless you’re timely. Be on top of the news – be ahead of the news. And be the first one out there with the new information.

2 – Be Engaging
Nobody wants to read an encyclopedia or your English essay. Stay conversational and fun. People are much more likely to pass your words along that way.

3 – Be Stealthy
One of the biggest secrets here is to beat the competition to the punch. Be sneaky and get your work out there before they have even thought of a similar idea.

4 – Be Active
One of the biggest pieces of going viral is having a network to help promote your work initially. If you can jump start with 100 likes from friends and colleagues, you’ll be well on your way.

5 – Be Funny
A great deal of viral content is funny or entertaining in some way. People like to laugh and feel good – or laugh at someone else. Give them a clever opportunity to laugh and you’ll be rewarded.

6 – Be Mind blowing
When something truly amazes you, you want to watch it again. And again. Find those amazing stories, images or scientific discoveries. Get the piece out there and blow some minds – then watch as the phenomenon continues.

7 – Be the Next Big Thing
Justin Beiber – love him or hate him – got his start thanks to his presence on social media networks. He is the epitome of viral, and there are so many possibilities of what is the next big thing. Back the right pony, or singer, and you might ride the waves to success, too.

8 – Be Sexy
Justin Beiber isn’t he only one to shoot to fame thanks to internet stardom. Kate Upton did exactly the same thing , but there was definitely no singing involved. A silly dance was all she needed (and some clever marketing, of course) and suddenly the world knows her name.

9 – Be Emotional
Let your emotions flow, and encourage emotional reactions from others through your words and content. Emotional material is often effective material.

10 – Be Accessible
If your readers can’t easily share your material, they aren’t going to share it. It’s as simple as that. Be sure to load up on all of the social media buttons so that readers can share, like, digg, tweet and pin just about everything you’ve got.

11 – Be Personable
People like to connect with people, and when they feel as though they can relate to you, they are going to do more to promote, like or share what you have to say. Be everyone’s best friend and appeal to their good nature for maximum effectiveness.

12 – Be Obnoxious
Although it’s not always the ideal scenario, a lot can be said for being generally obnoxious. Get under people’s skin in the right way and they may just feel obligated to let their friends know just how terrible you are – and then your content spreads. (Be too obnoxious, however, and readers just click off, so it’s a fine balance.)

13 – Be Targeted
You can’t be everything to everyone, especially if you want to go viral. Your mother may not have a clue who Kate Upton is, but young boys everywhere sure do. Pick a niche, design your material for the target and go with it.

14 – Be Useful
People like to read things that are genuinely useful. And they like to pass those useful things on to others who might find the same information useful as well.

15 – Be Specific
A big idea is hard to implement for most readers. But adding in just a single “next step” makes it easier to follow your material and again, useful material is easily read, reread and then passed on again as well. Build content people want to bookmark and you have them.

16 – Be Anxiety Producing
If you can make people afraid that they are missing something important, they will likely save your content and then pass it on to others to be sure that their loved ones don’t miss something either.

17 – Be Nostalgic
If you can connect with people’s history and feelings about growing up and the “good old days”, they are more likely to feel warm and fuzzy. Seen any posts about the toys you played with as a child? Point, score, match.

18 – Be Deep
Once you’ve decided what you’re going to share and who you’re going to share it with, be sure to give people enough material that they can actually take whatever the next step is you’re asking them to step. Unless it’s a fun or nostalgic piece, people don’t like shallow material.

19 – Be Intentional
Don’t just write for the joy of writing. (Or do, but don’t do that here.) When you’re writing for your website or blog, make every piece potentially viral by following these steps.

20 – Be Adorable
There’s something about adorable animals and babies that makes material go truly viral. Who doesn’t want to see the adorable kitten with his little face squashed against the door? Find a way to work in adorable when it’s appropriate.

21 – Be Honest
Being yourself and being honest in your material makes it read as sincere. This is what you want – fake material almost always reads as fake or at least it tries too hard.

22 – Be Proud
If you’re not proud of what you’ve created, why release it to the world. Rework a piece or scrap it and start fresh until you have something you’re really ready to send all over the globe.

23 – Be Magical
Sometimes you can do everything right and it won’t come together unless it’s blessed with just a bit of magic. Try and gauge the magic as best you can – don’t release your article the day that the blogs are filled with revolution in the Middle East, for example. But always know that sometimes you have to be patient and wait for the magic to strike.