24 Things You Don’t (But Should) Know about Snapchat

If you’re thinking that Facebook is still the latest and greatest of social media platforms, think again.

The average age of a Facebook user is around 40.

Teenagers aren’t very interested in hanging out with their mom or their grandmother, so they are leaving Facebook in droves.

Where are they going?

Why to Snapchat, of course! 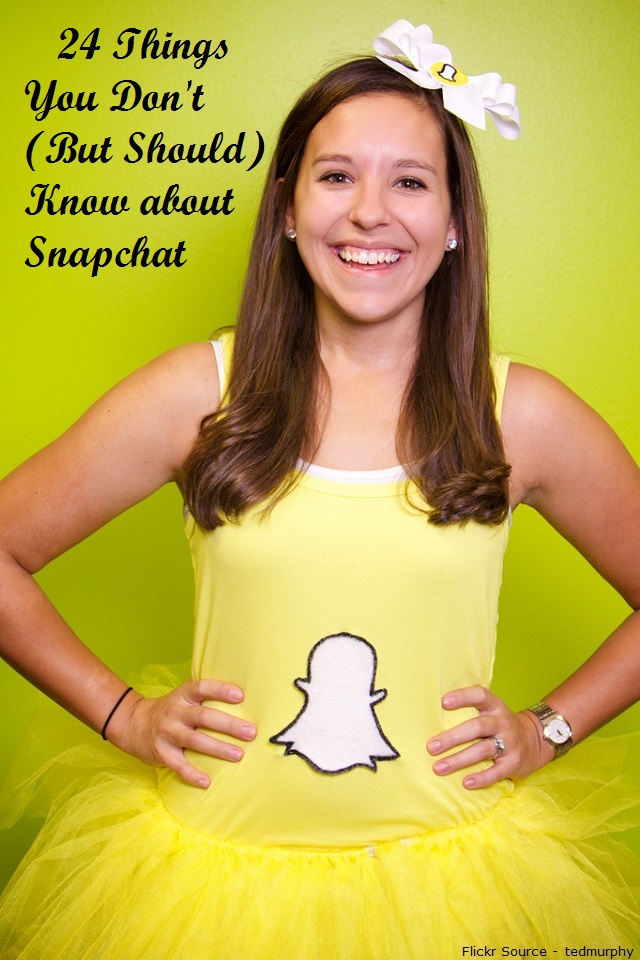 If you’re not familiar with Snapchat, the premise is simple – and obviously designed by someone young enough to understand how important this is.

With Snapchat, you message or send pictures to friends. Then the picture disappears.

The whole concept is disappearing pictures.

Seems silly, right? But it’s catching on like wildfire.

Snapchat’s primary demographic is under 21

Snapchat is used most during school hours. 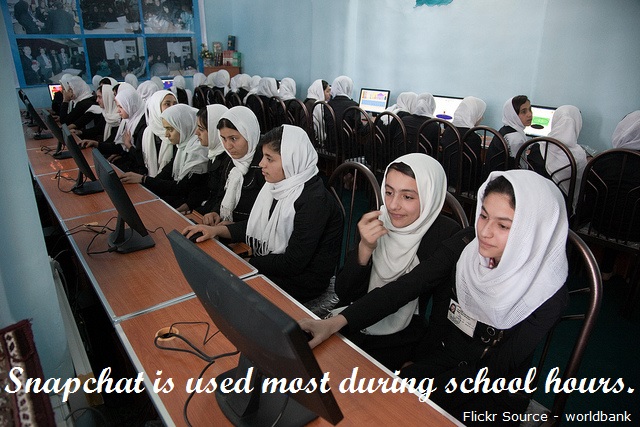 In our day, we had paper notes and airplanes. The teacher caught us writing them and read them aloud. Today teens in school can Snapchat each other without getting caught.

Even if they get their phone picked up, there’s nothing there – the message disappeared.

Some helpful hackers broke through the Snapchat servers recently and stole hundreds of phone numbers. They paired them up with names, posted the names online and waited for Snapchat to take action.

It didn’t, so your information is still not especially protected, but that is expected to change.

Your snaps should disappear
The whole idea behind the social media is disappearing images and messages. They are supposed to only stay visible for a few seconds while you hold your finger on the screen. But…

Sometimes your snaps don’t disappear.
The images you send are not only stored briefly on the servers at Snapchat, but they are often stored on your phone’s temporary files. That means someone else can grab your photo even if you thought it was gone forever.

Snapchat may be monitoring messages. 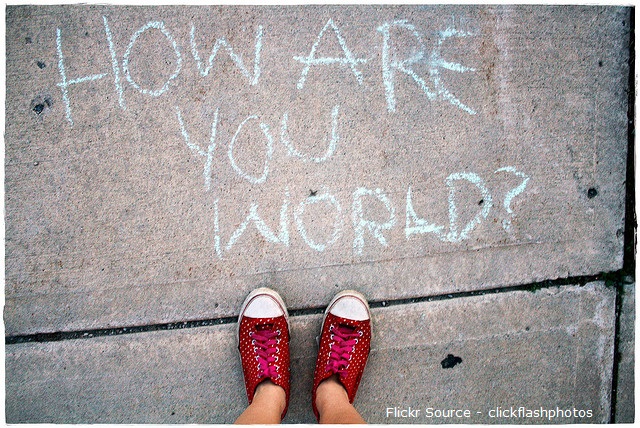 There are rules about prohibited images and messages. The only way to check and see if anyone is breaking the rules is to actually check the messages, however. This means someone has to be out there scanning messages and pics at least occasionally.

Snapchat is facing some lawsuits.
It may matter or it may not, but there are a couple of lawsuits pending against Snapchat at the moment. The first is a lawsuit about whose idea the whole thing was in the first place. A former member of the start-up team is suing for 30 percent.

The other lawsuit is more worrisome since the company is being sued about deceptive business practices.

Screenshots just got easier for Snapshot users.
There has always been a risk of someone taking a screen shot of your snap. It used to be that you had a delay when taking a screen shot, making it hard to do in the five seconds the image was visible. Now with iOS7, screenshots can be taken more quickly, making it that much easier to document what’s being sent and received.

Companies will retrieve snaps for you.
If you don’t know how to get to the messages and you regret even the 5 seconds of poor decision making, there are already firms out there who will charge you hundreds of dollars to retrieve and remove snaps and pictures by burrowing down behind the app.

Snapchat will be monetized soon. 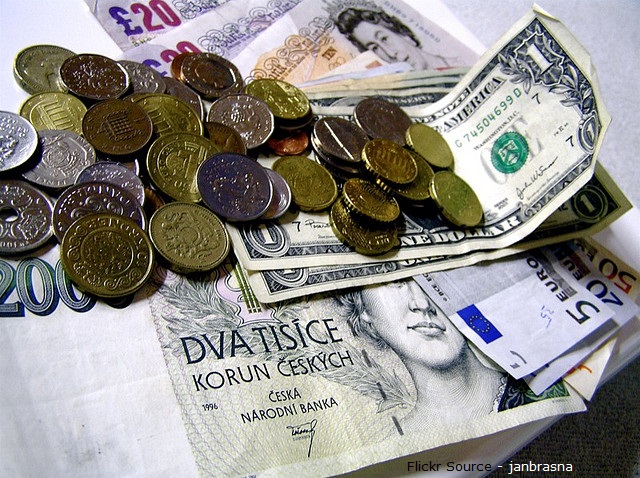 The company is actively seeking ways to make money with the app, but so far hasn’t landed on anything really good. The traditional advertising that is done on web apps doesn’t suit as well since the app doesn’t record much in the way of demographics.

You can play with colors in Snapchat.
Snaps aren’t just images and typed text aka text messages. They are customized images with either typed or written text. And you can change the colors of your text depending on your mood. Most colors are visible on the rainbow bar in the app, but you can also get white or black by dragging from the rainbow bar into the corners of your screen. This is just the sort of customization and “secret information” that young users enjoy.

These aren’t just regular pictures.
Snapchat allows you to take pictures and send them, but it stands to reason that you’d want to send your very best. With features like filters and large text available through the Settings and Additional Features menus, you can customize your picture to make it that much more interesting for your friend who is on the receiving end.

Your “Best Friends” are visible to everyone
If anyone wants to find out who you are Snapchatting with the most, all they have to do is click on your name in their contact list. The three people you chat with the most will pop up under your name. While it may see harmless, there are plenty of relationship risks here for the taking. 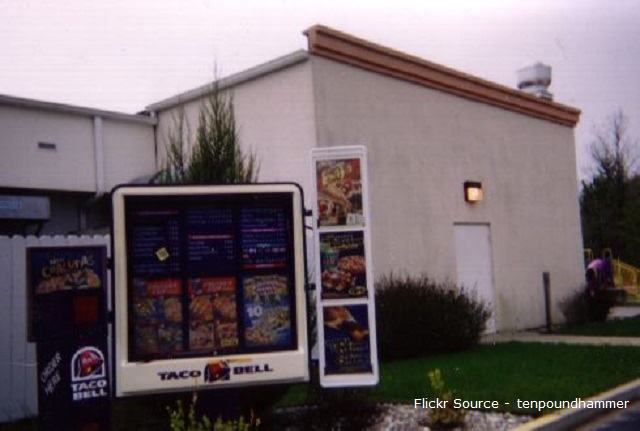 If it seems like all of this is just appropriate for teens who want to send notes to each other during math class, you’re not realizing the full potential of snapping.

Taco Bell is the largest company to date to realize just how much Snapchat can do for reaching out to customers. By embracing Snapchat, Taco Bell sends out pictures and messages about new menu items. Other companies are using Snapchat for similar things including coupons.

Coupons may be the future of Snapchat.
Some businesses are starting to wonder if coupons and promotional offers are the way of the future for Snapchat. The concept is simple – ask customers to “friend” you on Snapchat and send a picture of something, perhaps your frozen yogurt or celebrity shot. Then, the company responds with a coupon.

Naturally the customers must work fast to use the coupon since it will disappear quickly, but clever companies are clever consumers are finding lots of ways to make this work.

Companies are making announcements using Snapchat.
If you’re not ready to send out coupons just yet, you can make plenty of waves using the social media platform as a way to make announcements or hype fans up for what’s next.

When Taco Bell revealed its secret announcement would be by Snapchat, the populace was stoked – it was big, it was urgent and you had to pay attention or you’d miss it. Sounds like ideal marketing if you can make it work.

Snapchat now allows videos.
Acura used the Snapchat video to boost the enthusiasm for car lovers. The first one hundred people to “friend” the company received a short video of the latest car model by Acura – one that was highly anticipated by sports car enthusiasts, mind you. 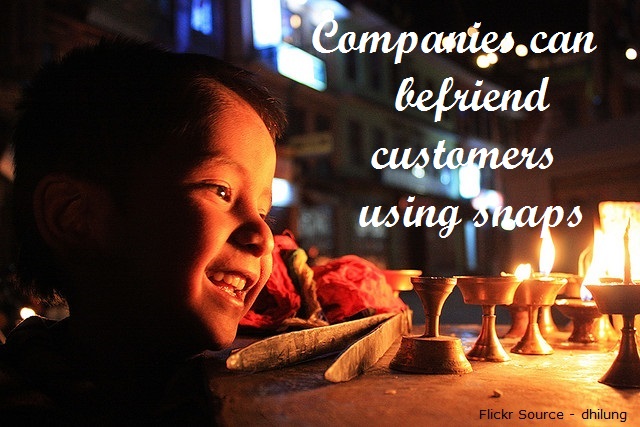 Snapchatting is very intimate and that doesn’t just mean a place for dirty pictures. The idea of being close enough to send and receive urgent messages makes you close to the person you’re communicating with.

This is a great place for companies to be – buddies with their customers. Millennials embrace companies who seek relationships with them, so it’s no surprise that Snapchatting works very well in this way.

You have to open snaps to see them.
You may be wondering how companies can make coupons and announcements very effective if they disappear in 5 to 10 seconds. The fact is, in order to see a snap you have to open it and keep your finger on the screen for the full time it is visible.

This means that coupons send to you would stay put at least for a few minutes and then you can open them at the register to put them to use.

Companies need to be creative to make commercial Snapchatting work. 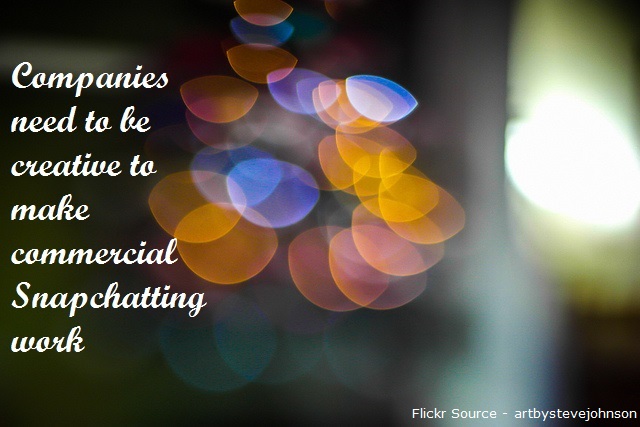 If you want to really impress young people with your snaps, you need to get creative. The time limit is the fun of the app, so it makes sense that you’d use it the same way your young customers do.

Send something racy, something funny, something outlandish and leave your customers wanting more. When does successfully, the popularity of your snaps will spread and you’ll wind up with increasing numbers of friends and followers.

Snapchat makes great “leaks”.
If you have a loyal fan base through Snapchat, you can stir up some excitement by “leaking” something new that will make your followers thrilled. The idea here is twofold – one, your “trusting” a select group of people and two, you’re using the app as it was intended, a way of quick, sneaky communication.

Use interactive snaps
If you’re going to try using Snapchat for business, don’t stop with the idea of sending customers something. Ask them to send you something in return. Snap a picture of your food, your car, your idol and send it to the company. In return you get something fun just for you.

Try using the Stories feature.
Snapchat’s latest feature, “Stories”, collects snaps from a certain period of time to show the progression over that period. This is a perfect way to show behind the scenes develop, the growth of a product or idea or just the fun that you’ve had with your favorite sports team or celebrity friends for your followers.

Snapchat isn’t for everyone, and the very intense nature of the rapid-fire messages and pictures makes it intimidating for those who are still having a hard time getting used to any social media messages at all.

But if you’re looking to reach the 13 to 25 year olds, this is the place to be. They are leaving Facebook and coming here – where information whips by just as quickly as their attention span.

And it’s up to you to put the new technology to work.